A Great Reset in Afghanistan?

Two geopolitical experts discuss in this new Federal Trust video the real consequences of current events in Afghanistan. They conclude that some of the feared consequences may be exaggerated, while other consequences have not yet been properly considered.

SPEAKERS:
Anatol Lieven is senior research fellow on Russia and Europe at the Quincy Institute for Responsible Statecraft in Washington and senior research fellow at the Global Policy Institute in London. He is a member of the academic board of the Valdai discussion club in Russia, and a member of the advisory committee of the South Asia Department of the British Foreign and Commonwealth Office. He was formerly a professor at Georgetown University in Qatar and in the War Studies Department of King’s College London. His book “Pakistan: A Hard Country” is on the official reading lists for U.S. and British diplomats serving in that country. 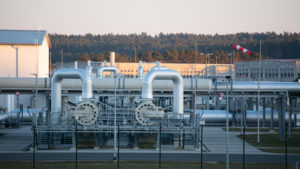 ABOUT THE FEDERAL TRUST
The Federal Trust is a research institute studying the interactions between regional, national, European and global levels of government. Founded in 1945 on the initiative of Sir William Beveridge, it has long made a powerful contribution to the study of federalism and federal systems. It has always had a particular interest in the European Union and Britain’s place in it. The Federal Trust has no allegiance to any political party. It is registered as a charity for the purposes of education and research.

The Great Reset and the Coming Crisis